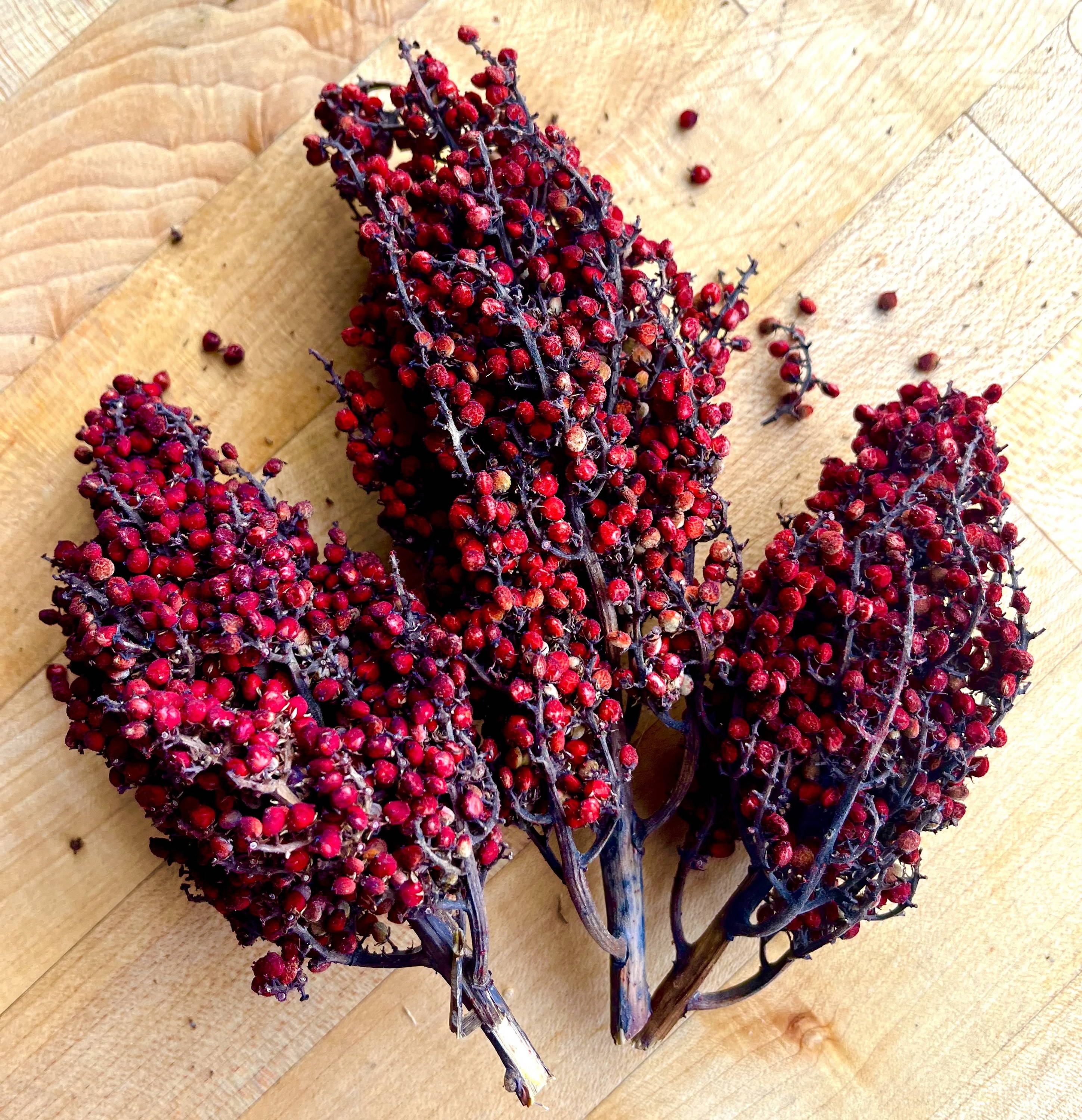 Sumac is a tart spice derived from the dried berries of the Sumac bush, which is a member of the cashew family, and grows wild all over the Mediterranean, and in parts of North America. The hard, seed-like berries are covered in a powdering of fine red hairs, which are the actual source of flavor. The tanginess of Sumac is typically likened to lemon, and in fact, it has been used since the Middle Ages as an acidifying agent in parts of the world where lemons did not grow. Sumac has a milder, more fruity profile, and can be used to make a delicious hibiscus-like tea. We recently infused some in simple syrup, and used it to make a "raspberry" Sumac lemonade. It is an essential ingredient in the spice blend Za’atar, and is commonly used as a rub for meat and fish. As a garnish, it adds a pop of color and tartness, and can be used in place of paprika to top deviled eggs, hummus, and anything else that could benefit from a hint of red. There is a poisonous species of Sumac that grows in the Southern and Eastern United States, but the berries of this plant are white -- never red -- and therefore very easy to distinguish from the red berried edible Sumac. Most commercial Sumac is sold in powdered form. Our wild foraged Sumac berries are still on the brush, to preserve the natural beauty of the plant. They are easily removed, and can be ground to your desired consistency in a mortar and pestle. You can also use the berries whole if you’re infusing them in syrup or alcohol. Or rub them directly onto meat or fish to transfer the fine red powder.