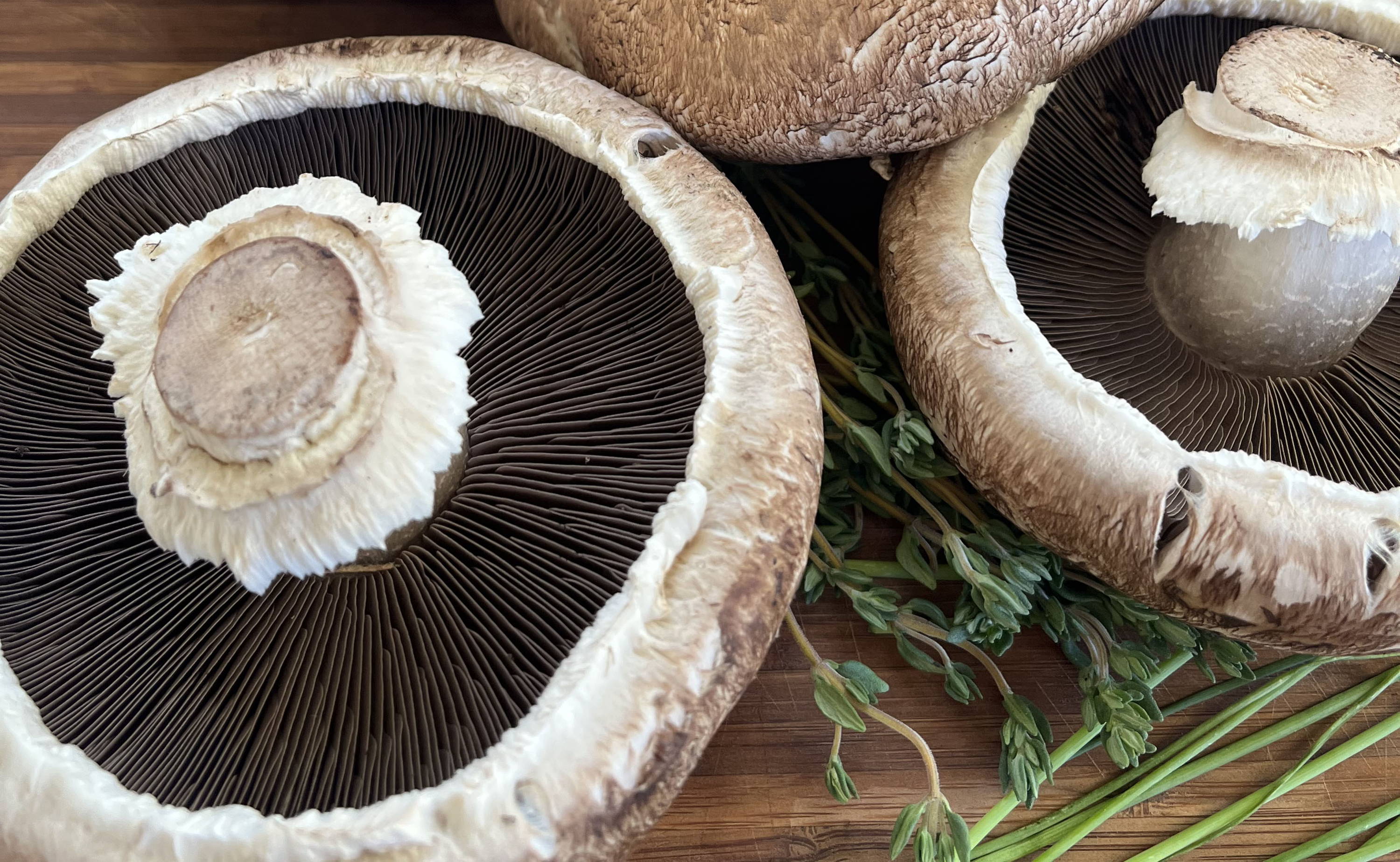 It’s common, it’s everywhere, it accounts for 90% of mushrooms cultivated in the United States (in fact, an entire US economy centers around it), and we don’t often talk about it because it seems so…normal. It’s the Portabella mushroom, or – as not everyone realizes – Agaricus bisporus, which is actually Portabella, Brown Button (Cremini), and White Button Mushrooms all in one. What most people tend think of as three distinct types of mushroom are really all the same species, at varying stages of maturity. With the 4th of July and grilling season ahead of us, we thought we’d delve a little into the history of this kitchen classic.

If you write “mushrooms” on the layman’s grocery shopping list, it’s a fair bet that this is what they’re going to reach for in the produce aisle. Most likely packaged in Styrofoam or plastic, and sourced from America’s largest Agaricus producing region: Kennett Square in Chester County, Pennsylvania. An incredible sixty-one mushroom farms populate this small East Coast community, and together they produce 47% of all mushrooms consumed in the United States. This statistic gives the area its notoriety as “The Mushroom Capital of the World.”

Though mushroom farming in Kennett Square dates back to 1927, commercial cultivation of Agaricus bisporous dates all the way back to France, as early as 1650. In fact, the French word for mushroom, “champignon,” is universally synonymous with white button mushrooms. By the 19th century, most of the underground quarries in Paris were being used for button mushroom cultivation. This is why they are also called “Mushrooms of Paris,” and the idea of mushrooms being grown in the dark underground is so prevalent in imagination. Agaricus bisporus is native to Europe, and while you might think of it as a purely domesticated variety, it actually thrives in the wild, where Europeans were foraging for it for hundreds of years before the first cultivators figured out how to farm it. They were known as “Field Mushrooms,” and were just as prized in a picker’s basket as Porcinis. However, if you see a mushroom that looks like Buttons or Portabellas growing in your yard, steer clear! In nature, they have many poisonous look-alikes.

You may have noticed that Far West Fungi does not grow Agaricus bisporus. Why, considering we grow so many varieties of exotic species, do we not cultivate this most traditional and crowd-pleasing mushroom? The answer lies in the science of how mushrooms grow. There are two types of mushrooms: Saprophytic (tree loving), and Mycorrhizal (soil loving). The first type is found growing out of decaying stumps and logs, or even on the base or trunk of an apparently healthy tree. The second type is found popping up out of the ground in the forest floor, or your garden bed. These mushrooms typically have complex relationships with soil chemistry and water cycles. All the mushrooms Far West Fungi cultivates are Saprophytic, and our main cultivation infrastructure is set up to recreate the growing conditions of tree-loving fungi. Agaricus bisporus is Mycorrhizal, and while not necessarily difficult to cultivate, it would require us to develop an entirely separate farming practice, just to grow one type of mushroom! The Portabellas and Button mushrooms that we sell at our stores and farmer’s markets are sourced from our highly reputable neighbor in Gilroy, California, Global Mushrooms LLC, and we can’t say enough about the outstanding quality of their product!