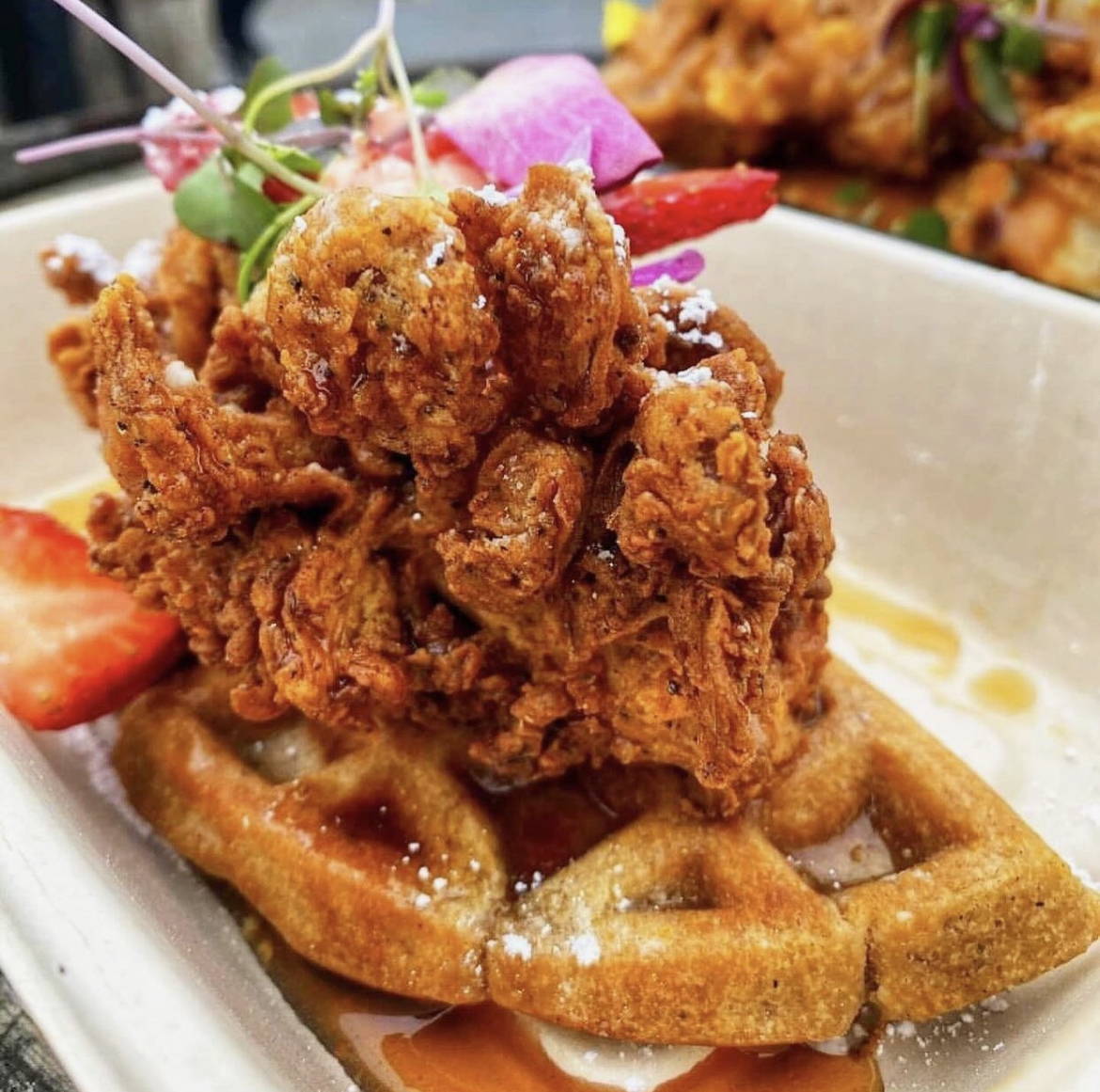 In their own words:

Ronnishia Johnson and Rheema Calloway are The Vegan Hood Chefs. They specialize in turning many of our soul food and American style favorites into delicious vegan meals. Their passion for community organizing, creativity, and food has allowed them to launch a food initiative to help fight against food injustice and social inequity within the San Francisco community. These chefs have recognized how nutrition education and access to healthy foods has contributed to the health conditions of many communities of color.

The chefs were motivated by the lack of access to healthy foods within their communities. Growing up in both Lakeview and Bayview Hunter’s Point areas of San Francisco, combined with their experience in community organizing, they began to shine light on how their native communities were expriencing food apartheid. They were able to link illnesses such as diabetes, cancer, high blood pressure, and obesity that are prevalent in the community due to poor nutrition access and racial inequality.

General rhetoric often equates these illness as being hereditary, however the Vegan Hood Chefs argue that most of these diseases are created through poor dietary choices or lack of access. Their mission is to provide healthy education and healthy vegan food for disenfranchised communities with their culinary work.

The Vegan Hoodchefs launched in 2017 and have become very popular amongst the vegan community in the Bay Area. Since founded, they have cooked for a number of organizations along with providing free cooking demos for the San Francisco community. The goal is to teach communities of color that healthy food options can be flavorful and creative.