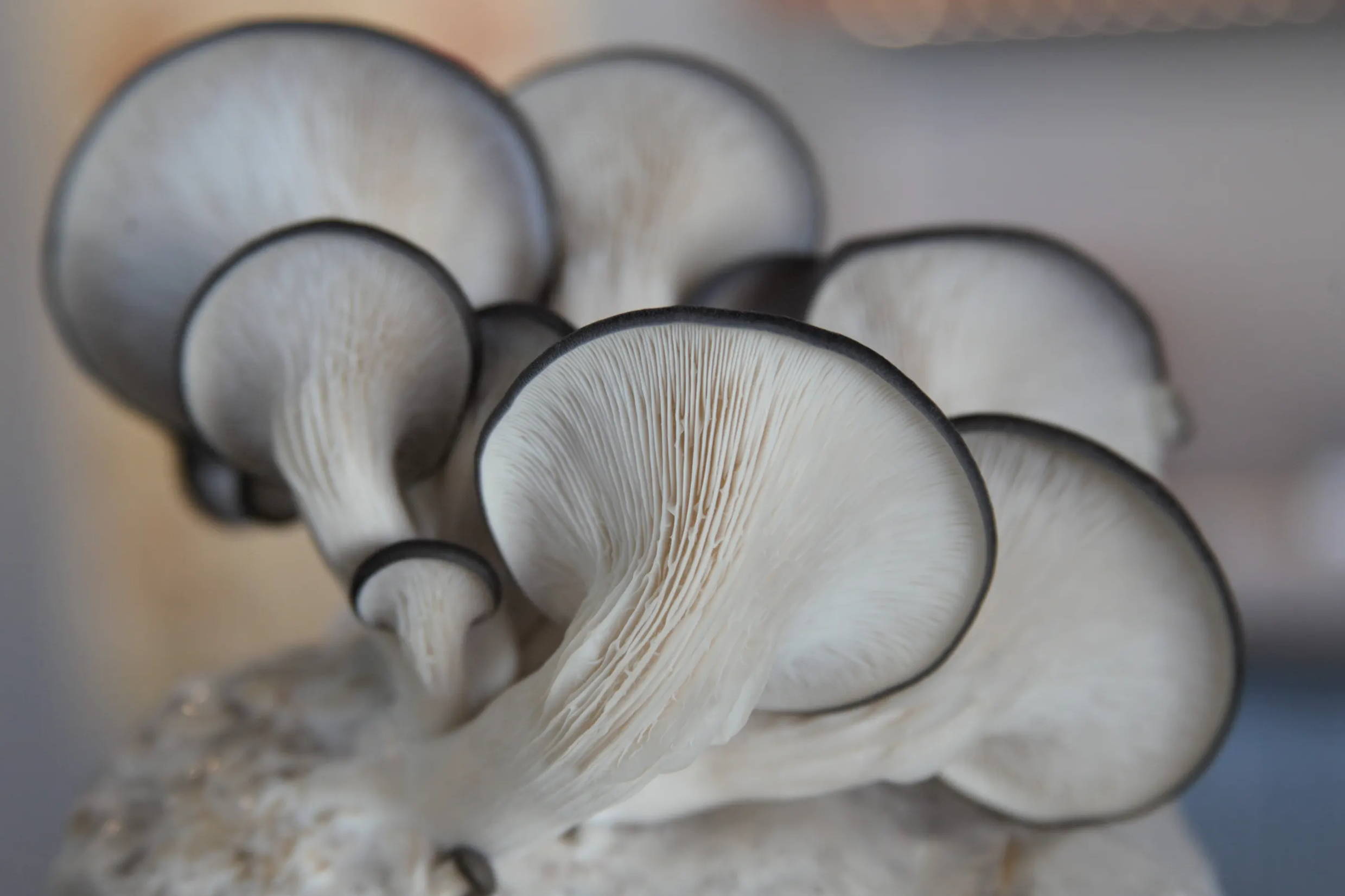 Having had the privilege of working and playing with just about every exotic, edible mushroom available in California for a decade, I have to say with all honesty, that the most memorable and delicious mushroom I have ever eaten was a common blue Tree Oyster. Granted, it was prepared for me by Ian Garrone, co-owner of Far West Fungi, and son of San Francisco's official 'Mushroom Man', John Garrone. If anyone can cook a mushroom, it should be this guy. It was a foggy coastal night in Moss Landing, after an afternoon spent wandering around the mushroom farm, marveling at rows and rows of glistening mushrooms, fruiting like perfect organic sculptures. We picked the oysters right off the block, and took them to rustic farmhouse kitchen, which overlooks the Monterey Bay on a small corner of the farm. Ian did little more than patiently grill them in a cast iron pan with salt and butter. It was a revelation to me, because before then, I had always just quickly seared Oyster Mushrooms, thinking that too much time would make them tough and rubbery. Ian practically caramelized them. It has been years since that evening, and I still think of it every time I cook Tree Oysters. That something so commonplace could be so simply and massively transformed, truly blew my mind.

I’ve had a renewed reverence for Tree Oysters (Pleurotus ostreatus) since then. It is the third most commonly cultivated mushroom in the world, after Agaricus bisporus (Button and Portabella mushrooms), and Shiitake. It was also the second ever mushroom cultivated by Far West Fungi, which has since expanded into producing a whopping fourteen different varieties. I have heard Ian affectionately refer to it as “Number Two.” It is so beloved, that we have designed our newest farm in San Martin toward producing exclusively Tree Oysters. They are prolific, and fast growing -making them a fun mushroom to grow, and a good choice for people just who are just learning or just beginning their cultivation journey. They are also sweet, and naturally buttery, making them well suited for children, or for palates that don’t enjoy a lot of the strong, earthy flavors that some other mushrooms possess.

They are also sweet, and naturally buttery, making them well suited for children, or for palates that don’t enjoy a lot of the strong, earthy flavors that some other mushrooms possess.

Tree Oysters grow wild in California, and throughout almost all of the United States. They’re easy to identify, as they have no poisonous look alikes, and grow exclusively on hardwood trees (it is almost never recommended to eat wild mushrooms that grow on Eucalyptus or any kind of conifer tree). You will never find a Tree Oyster growing out of the soil on the ground, so if it’s not absolutely on hardwood, stay away. I have found them often in the dripping Redwood forests of the Mendocino coast, practically glowing out of the dark understory like pale, otherworldly petals. They are so common in late autumn, that I almost never take all that I find.

I have not managed to exactly replicate Ian’s caramelized Tree Oysters, though a few times I think I may have come close. Before mushrooms, I worked in tea, and I have carried the idea of Gong Fu ever since: the practice of perfecting something simple until it becomes art. I’m going to keep trying. But in the meantime, if, like me, you are not yet an absolute master of mushroom Gong Fu, I like to take Tree Oysters in the polar opposite direction. Dip them in egg wash, dredge them in flour and spices, and deep fry them until they’re richly golden brown. Line up a whole library of dipping condiments, and snack on them with a cold beverage. You won't be disappointed! 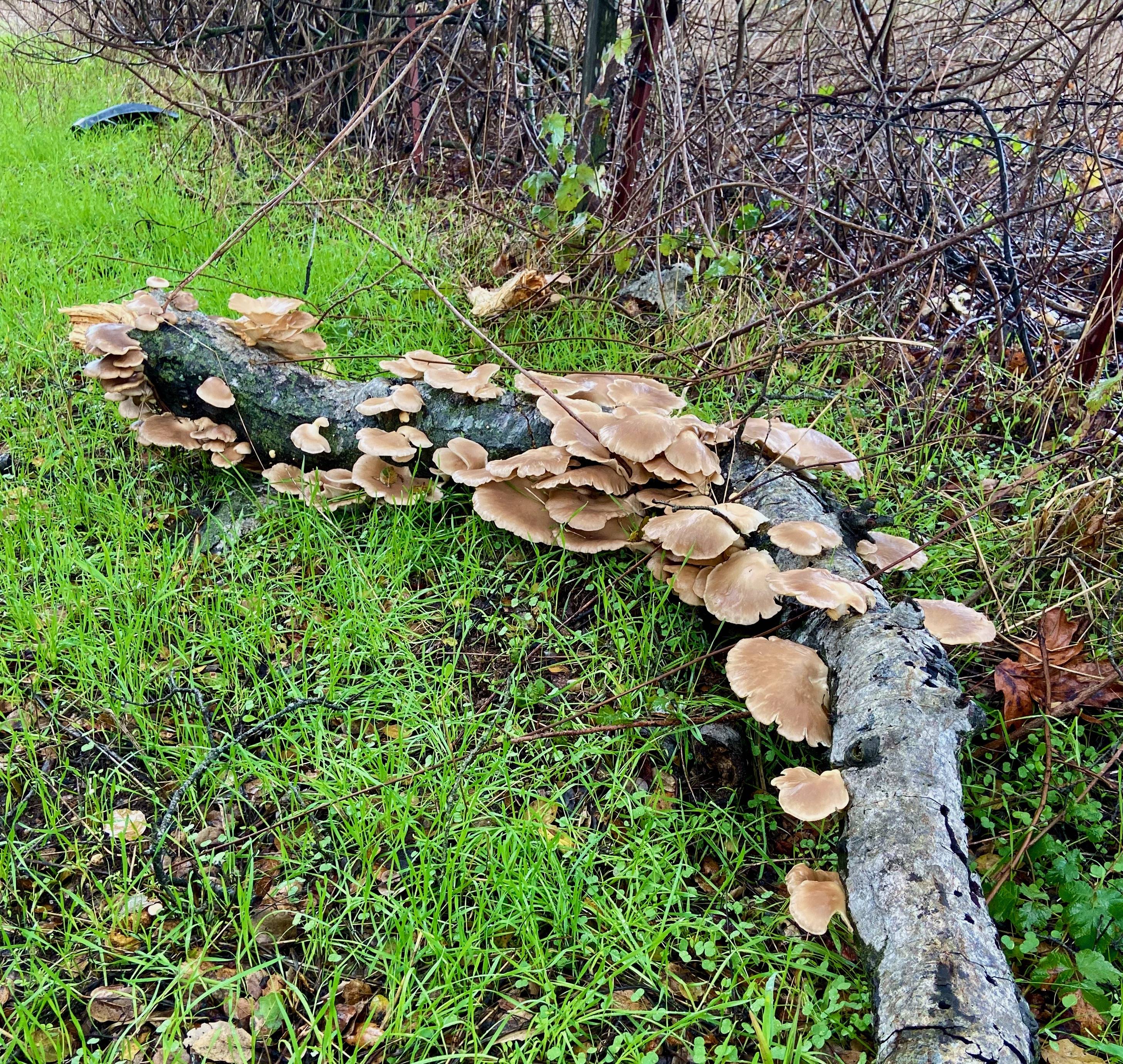 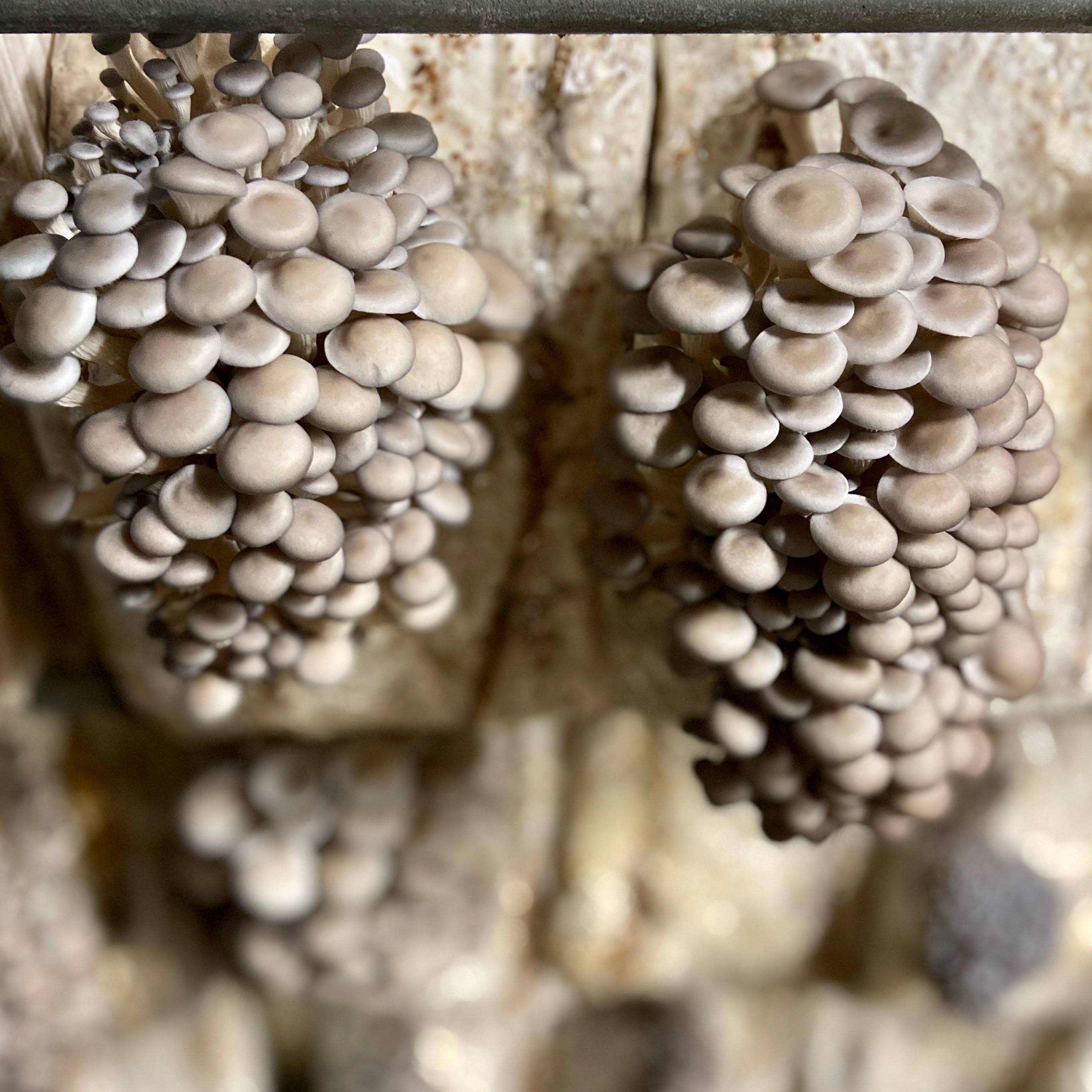 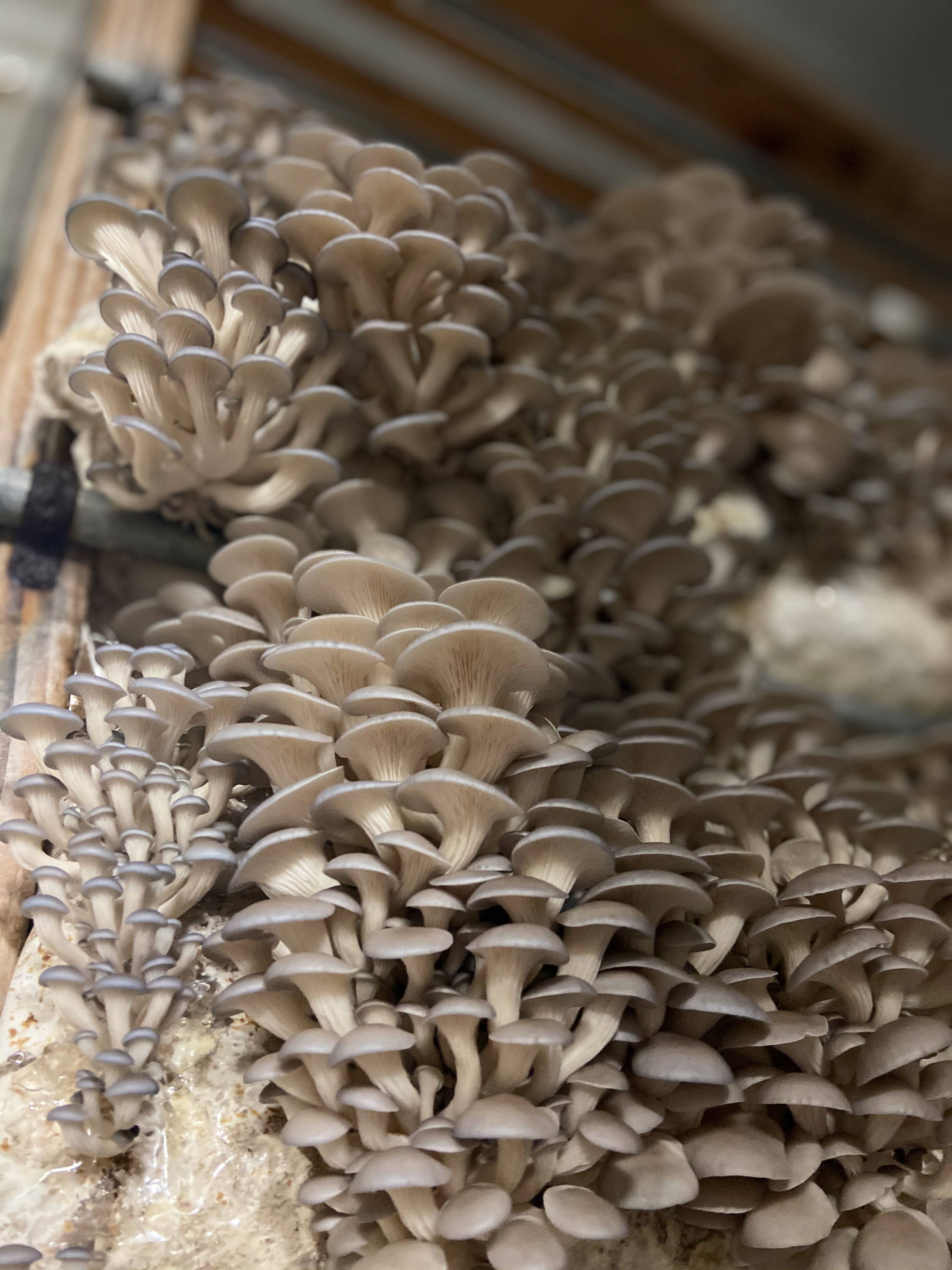 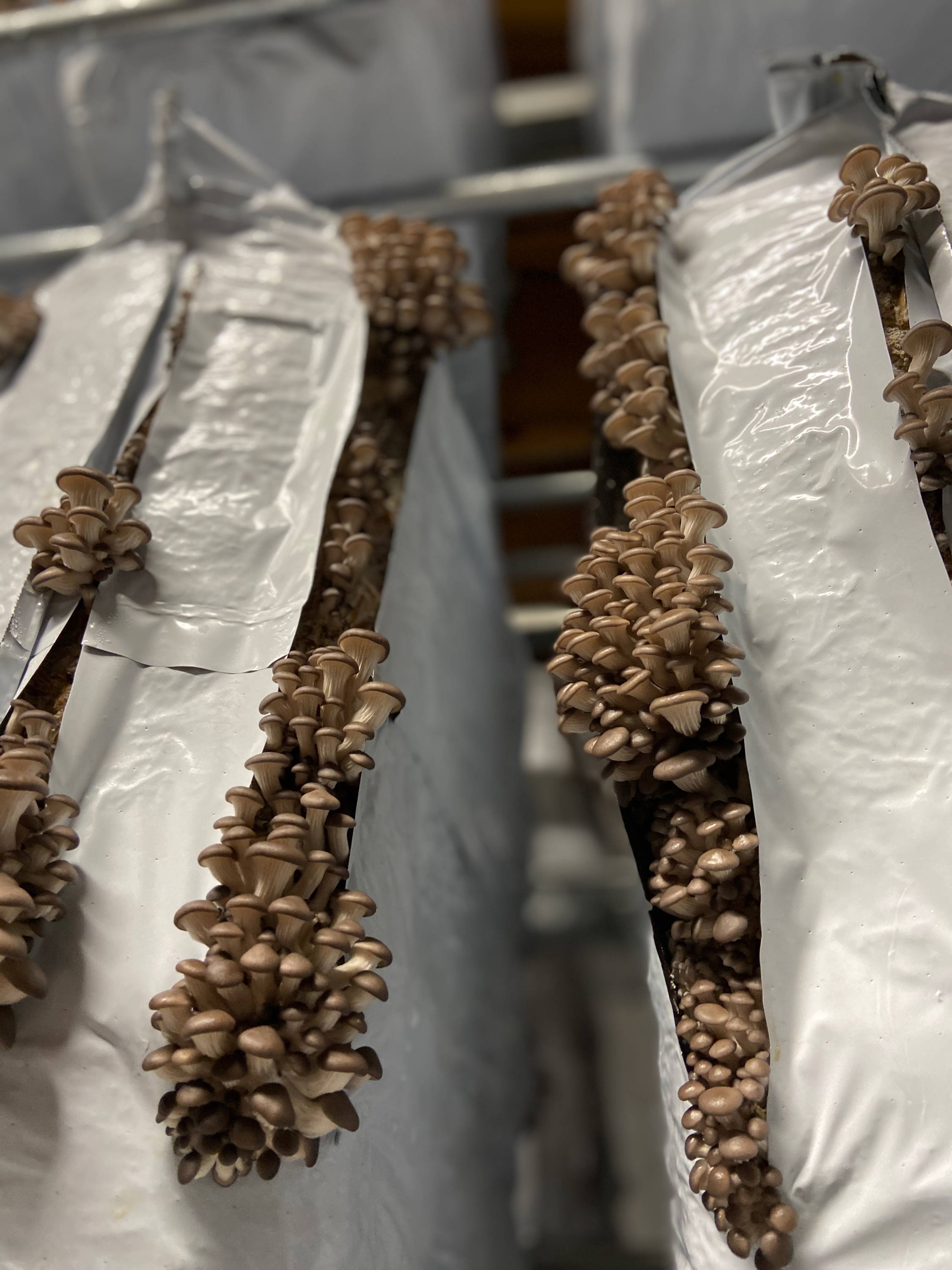